Did 9/11 Justify the War in Afghanistan? Using the McChrystal Moment to Raise a Forbidden Question

This article by David Ray Griffin is quite lengthy but I encourage readers to proceed to the end. Follow the link to the original article. 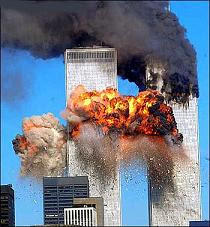 There are many questions to ask about the war in Afghanistan. One that has been widely asked is whether it will turn out to be “Obama’s Vietnam.”1 This question implies another: Is this war winnable, or is it destined to be a quagmire, like Vietnam? These questions are motivated in part by the widespread agreement that the Afghan government, under Hamid Karzai, is at least as corrupt and incompetent as the government the United States tried to prop up in South Vietnam for 20 years.

Although there are many similarities between these two wars, there is also a big difference: This time, there is no draft. If there were a draft, so that college students and their friends back home were being sent to Afghanistan, there would be huge demonstrations against this war on campuses all across this country. If the sons and daughters of wealthy and middle-class parents were coming home in boxes, or with permanent injuries or post-traumatic stress syndrome, this war would have surely been stopped long ago. People have often asked: Did we learn any of the “lessons of Vietnam”? The US government learned one: If you’re going to fight unpopular wars, don’t have a draft – hire mercenaries!

There are many other questions that have been, and should be, asked about this war, but in this essay, I focus on only one: Did the 9/11 attacks justify the war in Afghanistan?

This question has thus far been considered off-limits, not to be raised in polite company, and certainly not in the mainstream media. It has been permissible, to be sure, to ask whether the war during the past several years has been justified by those attacks so many years ago. But one has not been allowed to ask whether the original invasion was justified by the 9/11 attacks. (Editor's emphasis throughout)

However, what can be designated the “McChrystal Moment” – the probably brief period during which the media are again focused on the war in Afghanistan in the wake of the Rolling Stone story about General Stanley McChrystal, the commander of US and NATO forces in Afghanistan, which led to his resignation – provides the best opportunity for some time to raise fundamental questions about this war. Various commentators have already been asking some pretty basic questions: about the effectiveness and affordability of the present “counterinsurgency strategy” and even whether American fighting forces should remain in Afghanistan at all. But I am interested in an even more fundamental question: Whether this war was ever really justified by the publicly given reason: the terrorist attacks of September 11, 2001.

This question has two parts: First, did these attacks provide a legal justification for the invasion of Afghanistan? Second, if not, did they at least provide a moral justification? Read it ALL...
Posted by Dr. J. P. Hubert at 7:47 AM