Reader's should be aware that Corexit (the dispersant agent being utilized by BP) works by distributing the oil eminating from the well throughout the entire water column which in this case is over 5000 feet deep. Micro-organisms respond to the dispersed oildroplets and plumes by attempting to ingest the carbonaceous material. In the process, molecular oxygen is depleted which might lead to large Gulf of Mexico "dead zones" in which no aquatic life can survive. It is extremely troublesome that we have literally no practical experience and no scientific data on the short or long term effects of the release of this much oil dispersant. Unfortunately, BP has not complied with the Obama administration's order to decrease the amount of Corexit it uses by 75%. To date, it has reduced it by <20%.

The use of Corexit or any other dispersant in these volumes is extremely worrisome.

As it turns out, the fears of Gulf coast residents, particularly those in the Tampa Bay area who are worried about a media blackout over health threats, may not be concerned without reason.

“In a shocking interview with CNN’s Anderson Cooper on June 29th, Allegiance Capitol Corporation V.P. Fred McCallister said that BP is deliberately sinking oil with the toxic chemical disbursant Corexit, to hide the size of the oil spill. By sinking the oil before it can be collected, BP won’t have to pay fines on it.” The San Francisco Chronical reports, “Corexit 9500 is a solvent originally developed by Exxon and now manufactured by the Nalco of Naperville, Illinois. Corexit is four times more toxic than oil (oil is toxic at 11 ppm (parts per million), Corexit 9500 at only 2.61ppm)."

Russian Scientists have conducted studies on BP’s chemical disbursant. Their conclusion; “Corexit 9500 which is being pumped directly into the leak of this wellhead over a mile under the Gulf of Mexico waters is designed to keep hidden from the American public the full, and tragic, extent of this leak.”They further report, “When combined with the heating Gulf of Mexico waters, its molecules will be able to “phase transition” from their present liquid to a gaseous state allowing them to be absorbed into clouds and allowing their release as 'toxic rain' upon all of Eastern North America.”Testimony before a Senate investigative panel on Thursday by Allegiance Capitol Corporation V.P. Fred McCallister expected to reveal what many have suspected about BP all along; they don’t care about the environment, the animals that are dying, and the lives that are being destroyed by the Deepwater Horizon oil spill.

McCallister told CNN, “Everybody in Europe, where the standard practice is to raise the oil and collect it, is scratching their heads, and quite honestly laughing at what’s happening in the Gulf.” He added, “Everyone is looking at us and wondering why we’re allowing this to happen.” 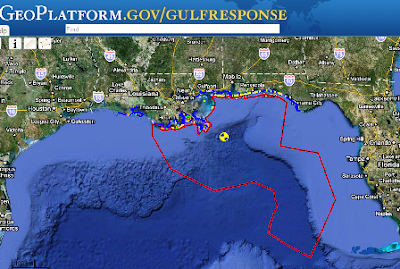 There is a growing body of evidence to suggest that since the Deepwater Horizon exploded on April 20, 2010, BP has been trying to hide as many details about the spill as possible. Everything from the oil spill rate, to discussion of the third leak which has gone unmentioned since May, to the geological surveys on the Macondo well field that would provide solid evidence of the truly volatile environment under the fatally wounded well.

Reuters reports, "We are concerned about continuing reports that journalists are being denied access to sources and public places necessary for them to fully cover this important story,"
CNN’s Anderson Cooper has aired similar stories about access denied.

Just about everything related to the risks and damages from the BP disaster are tied to the amount of oil being spilled, according to Robert F. Kennedy Jr, who has filed several lawsuits against BP.

In reality, the spill rate has been something of a mystery from day-one, and continues to be immeasurable on day 73. And the amount of oil spilled affects everything from how much chemical disbursant is used, to clean up costs, to EPA per gallon fines. It also affects human health.

Scientists have found “astonishingly high” levels of methane gas in and around the spill. According to Reuters, “As much as 1 million times the normal level of methane gas has been found in some regions near the Gulf of Mexico oil spill, enough to potentially deplete oxygen and create a dead zone. Texas A&M University oceanography professor John Kessler and a crew of 12 scientists found concentrations that were 100,000 times higher than normal,” Reuters reported.

In the video below, Robert F. Kennedy Jr. Suggests that BP has no motivation to clean up the oil spilled, nor any reason to be concerned about the long-term risks to public health, the environment, or resulting damage to the US economy. BP is concerned about their stockholders.

As long as Americans remain wastefully dependent on oil - no matter where it comes from - BP and other oil companies will continue to run our country, control our lives, and in this case, control the ultimate outcome of the worst oil spill disaster in American history.

Visit msnbc.com for breaking news, world news, and news about the economy