Why Did The U.S. Refuse International Help on The Gulf Oil Spill? 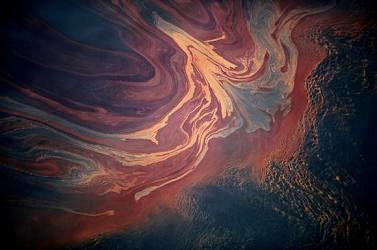 Despite the vow by President Obama to keep the Gulf oil spill a top priority until the damage is cleaned up, 50 days after the BP rig exploded, a definitive date and meaningful solution is yet to be determined for the worst oil spill in the U.S. history.

So, you would think if someone is willing to handle the clean-up with equipment and technology not available in the U.S., and finishes the job in shorter time than the current estimate, the U.S. should jump on the offer.

But it turned out to be quite the opposite. .

According to Foreign Policy, thirteen entities had offered the U.S. oil spill assistance within about two weeks of the Horizon rig explosion. They were the governments of Canada, Croatia, France, Germany, Ireland, Mexico, the Netherlands, Norway, Romania, Republic of Korea, Spain, Sweden, the United Kingdom, and the United Nations.

"..While there is no need right now that the U.S. cannot meet, the U.S. Coast Guard is assessing these offers of assistance to see if there will be something which we will need in the near future."

Blame It On The Jones Act?

Separately, Belgian newspaper De Standaard also reported Belgian and Dutch dredgers have technology in-house to fight the oil spill in the Gulf of Mexico, but the Jones Act forbids them to work in the U.S.

A Belgian group--DEME-- contends it can clean up the oil in three to four months with specialty vessel and equipment, rather than an estimated nine months if done only by the U.S. The article noted there are no more than 5 or 6 of those ships in the world and the top specialist players are the two Belgian companies- DEME and De Nul - and their Dutch competitors.

The U.S. does not have the similar technology and vessel to accomplish the cleanup task because those ships would cost twice as much to build in the U.S. than in the Far East. The article further criticizes this "great technological delay" is a direct consequence of the Jones Act.

What Is The Jones Act?

The Merchant Marine Act of 1920 is a United States Federal statute that regulates maritime commerce in U.S. waters and between U.S. ports. Section 27, also known as the Jones Act, deals with coastal shipping; and requires that all goods transported by water between U.S. ports be carried in U.S.-flag ships, constructed in the United States, owned by U.S. citizens, and crewed by U.S. citizens and U.S. permanent residents.

The purpose of the law is to support the U.S. merchant marine industry. Critics said that the legislation results in increased costs moving cargoes between U.S. ports, and in essence, is protectionism, Supporters of the Act maintain that the legislation is of strategic economic and wartime interest to the United States. .

As discussed in my analysis of the oil service sector, the European companies typically possess the knowhow in offshore and subsea; whereas their North American counterparts excel in onshore drilling and production technologies.

So, it is more than likely that European firms do have the expertise to clean up the spill quicker and more effectively as DEME asserts.

Since the Jones Act means the Belgian ship and personnel cannot work in the Gulf, it does seem the Act has inhibited technology and knowledge exchange & development, and possibly prevented a quicker response to the oil spill.

On the other hand, waivers of the Jones Act may be granted by the Administration in cases of national emergencies or in cases of strategic interest. It would appear the U.S. government's initial refusal to foreign help most likely stemmed from a mis-calculation of the scale and deepwater technological barriers for this unprecedented disaster, and/or perhaps ..... pride.
Whatever the rationale, and if De Standarrd's claim that the Jones Act forbids the European companies to help fight the spill is true, it is high time the U.S. government grant the Jones waiver, and let this be an international collaborative effort. (Editor's bold emphasis throughout)
It's always better late than never.
Posted by Dr. J. P. Hubert at 9:48 AM